1st Stryke is a locally owned company that provides dry wood and subterranean termite control along with other pest services, including cockroaches, bedbug rodent control and small animal services. We are a friendly, family owned, environmentally aware company trained and experienced in handling a wide variety of pest management issues.

Mention the "Bob Special" for a discount

Fumigation and heating of the entire house are the only choices that ensure eradication in the entire structure. If the infestation is contained in a small area, local or spot control may be effective; however, hidden infestations in other parts of the structure will not be eradicated.

Different types of termites may require different treatment types. After treatment will monitor your home for any signs of activity and respond with appropriate action. 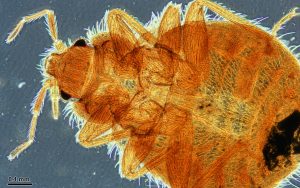 Fumigation is a method of termite control that completely fills an area with gaseous pesticides—or fumigants—to suffocate or poison the termites within. It is used to control termites in buildings. This method also affects the structure itself, affecting termites that inhabit the physical structure, such as woodborers and drywood termites.

Fumigation generally involves the following phases: First the area intended to be fumigated is usually covered to create a sealed environment; next the fumigant is released into the space to be fumigated; then, the space is held for a set period while the fumigant gas percolates through the space and acts on and kills any infestation in the product, next the space is ventilated so that the poisonous gases are allowed to escape from the space, and render it safe for humans to enter. If successful, the fumigated area is now safe and pest free.

Structural fumigation techniques differ from building to building, but in houses a rubber tent is often placed over the entire house while the pesticides are being released into the vacant residence. This process is called tent fumigation or “tenting”. The sealed tent concentrates the poisonous gases and prevents them from escaping into the neighborhood. The process can take up to a week depending on the fumigant used, which is in turn dependent on the severity of infestation and size of the building.

Drywood Termites are social insects that live in dry dead wood. They are cryptic creatures feeding across the grain of dead wood like the structural lumber in homes. Drywood termites consist of a king and queen, nymph workers and soldiers. During the months of August through November especially during heat waves a well established colony will produce Termite (Alate reproductive) swarmers which fly during the day light hours. When swarmers fly out they break their wings off pair up with a king and queen and try to burrow into a piece of wood where they will start a new colony. The queen will produce a few eggs where they will develop to immature nymphs and then adults. The first few years the colony is low in numbers. After 3 to 5 years the colony could have as many as 300 to 1000 termites. At 7 to 10 years a colony is usually large enough to expand to new colonies where they produce swarmers. Swarmmers can be confused with swarming ants. They can be differentiated by a pinched waste for ants with two pairs of wings different sizes where the termite swarmer has no pinched waste and equal sized pair of wings.

Drywood Termites live inside wood for the total time of their life. TTermiteshey feed on anything that has cellulose, books, cardboard, paper on drywall covering, tree stumps, and construction lumber. Drywood termites prefer feeding on 10 percent moisture content soft woods. A common misconception is they won’t consume hardwoods or redwoods. Although, some woods have a resistant property like redwood it still can be attacked by termites. Termite workers consume the wood that is then digested by small single cell protozoa inside the termite gut that allows the termite to get the nutrients needed for survival. After the protozoa extracts the nutrient the rest of the wood is pushed out in the shape of a small elongated (pellet) piece of wood with 6 hexagonal ridges on it. Sometimes American Cockroach droppings and be confused with Drywood termite droppings or pellets and are distinguished by the absence or presents of the hexagonal ridges. Termites eat 24 hours 7 days a week. Although, it would be hard to speculate how fast and how much damage a termite colony can do, what is known is that the more time a termite colony has to grow in size the damage can happen exponentially. It is estimated that termites damage 5 billion dollars a year.

We have over 60 cumulative years of experience in the pest control industry and can solve any issue you may have. What makes us different from the competition is personal touch, we are trained in all fields of the pest control. When we come out to assess your home we not only educate you on your current issues but also focus on prevention for future possible pest related needs. Give us a call so we can impress you! 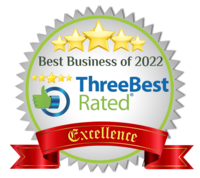